Big Brother & The Holding Company– along with bands like The Grateful Dead, Jefferson Airplane, Quicksilver Messenger Service – is considered one of the original, first wave of great psychedelic bands that came out of San Francisco in the summer of 1965.

The embryo that was to become Big Brother and the Holding Company began when Peter Albin, a 21 year old, aspiring Folk Blues guitarist, who had been a part of South Bay Roots’ music scene that also gave us Jerry Garcia, Robert Hunter and the Grateful Dead, met Sam Andrew, a 23 year old guitarist who’d been in bands since his teens in Okinawa and had studied languages and philosophy at University of SF and the Sorbonne.

Sam and Peter began jamming together in the basement/ballroom of an old Victorian mansion in the Haight –Ashbury district. With the help of their friend, future manager and concert promoter Chet Helms (The Family Dog, Avalon Ballroom), Big Brother and The Holding Company was born.

In the first few months there were changes in personnel; guitarists and drummers came and went but Peter and Sam remained the core of the band. Chet introduced Peter and Sam to James Gurley who was 26 and from Detroit. James became the lead guitarist and his unique style of playing became the early signature sound of the band. Peter met Dave Getz, also 26, an abstract painter and drummer who toured Europe with a Dixieland Jazz band and had played jazz since his teens. Dave Getz joined in March of 1966, bringing the needed power and energy to the rhythm section

Big Brother as a four man ensemble was a featured band at some of the first acid-fueled, dance-concerts like the Trips Festival and the Tribal Stomp and though they already had many fans and were headlining they wanted something else to complete their sound: a strong female lead singer.

They auditioned several singers but it wasn’t until Chet Helms convinced fellow Texan, Janis Joplin to come out to San Francisco that the band was complete.

For most of 1966 and 1967 they played at venues all over California and the West Coast. They also spent a month in Chicago playing at the club ‘Mother Blues.” During this time they lived together communally and rehearsed every day. As in many great rock bands they thought of themselves not only as a band but as individual artists and collaborators. They all recognized that Janis was a great singer and had the potential to be a star, but they also knew that each member brought something to the table.

The Monterey Pop Festival in the summer of 1967 was the first great international rock festival and it was the moment when Big Brother and its lead singer Janis Joplin blew open the collective mind of the audience and rose to the top of the Rock music hierarchy. It was also the moment in which that same audience discovered Jimi Hendrix, Otis Redding and several other artists that were destined to take rock music to the next level.

In 1968 Big Brother signed with Columbia Records and Albert Grossman (Bob Dylan, Peter Paul and Mary, etc) became their manager. They went into the recording studio and produced the album that many consider their masterpiece and one of the greatest albums of all time: ‘Cheap Thrills”.

The album quickly rose to #1 on the charts and stayed there for eight weeks.

After “Cheap Thrills Big Brother toured extensively all over the US and Canada and at the end of 1968 Janis (along with Sam Andrew) left the band. This time was the biggest turning point for the band: could they become a band again without Janis? Sam was with Janis, Peter and Dave became part of Country Joe and The Fish and toured Europe, James went off to the desert and for about one year Big Brother was off the map. .

But the answers came in the beginning of 1970 when Big Brother re-formed.

With Nick Gravenites and Kathi MacDonald singing, James on bass Peter and Sam on guitars along with David Shallach and Mike Finnegan on B3 organ. Big Brother re-invented itself with new material and an eclectic approach to Rock that was creative, funky and for the next two years at the forefront of the West Coast music scene.

Between 1970 and 72 Big Brother recorded two albums for Columbia “ Be a Brother’ and finally ‘How ‘Hard It Is’ the latter being hailed by Rolling Stone magazine as a establishing the fact that Big Brother had become a great band in its own right despite the loss of Janis Joplin.

From late in 72 to early 1987 the individual members all pursued other interests both musical and in other fields. It wasn’t until 1987 and the coming of the 20thanniversary of ‘the Summer of Love’ that the four original members decided to re-group and perform again, deciding that their shows would include all of the great music that they created when Janis was part of the band.

The songs from Cheap Thrills and their first Mainstream album are now a part of Rock Music history. Their legacy as one of the great bands of the 1960s is secure. In their shows they perform all of their legendary songs; “Piece of My Heart”, “Summertime”, “Ball and Chain”, “Bye Bye Baby” as only the original creators of this music can. And to show that Big Brother is still a living, creative band they throw in a taste of new, original material that embodies the same signature, Big Brother ideas and energy.

Live at the Carousel Ballroom 1968 is a live album by Big Brother and the Holding Company featuring Janis Joplin. The album was recorded by Owsley Stanley in 1968, and released on 12 March 2012 through Columbia and Legacy, on the one-year anniversary of his death in an automobile accident. He had previously been supervising the development and release of this album right up to the time of his death on March 12, 2011. The album is dedicated to him, and set to the specifications Stanley set prior to his death.[1][2] 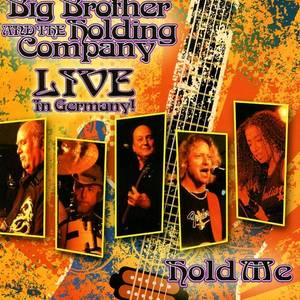 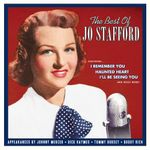 The Lost Tapes (big Brother And The Holding Company Album)

The concert by Big Brother and the Holding Company was performed at the Carousel Ballroom on June 23, 1968, shortly after recording sessions ended for the group's number-one hit album, Cheap Thrills.[3] The concert took place during a brief six-month period in which the facilities were owned by bands including the Holding Company, Jefferson Airplane, and the Grateful Dead. Afterwards, the ballroom would be purchased and run by Bill Graham, who renamed it the Fillmore West.[4] Owsley Stanley, who most memorably produced innovative sound recordings for the Grateful Dead, manned the sound system for the Holding Company and other acts who played the Carousel. This is the first of Stanley's Bear's Sonic Journals, hundreds of released and unreleased live shows from the San Francisco psychedelic rock era. No mixing or remastering was done for the release of the album, as Stanley's intent was to create a unique and real sound.[5]

Limited by the technology of 1968, Stanley admirably worked to perfect the sound produced by Big Brother during the performance. Unusual by today's standards, drums and vocals are transmitted on the left channel and lead guitar and bass on the right. The distinctive results are a raw sound depicting each instrument as a different individual entity.[6] Stage monitors had yet to be developed, so the musicians had to listen to the echo effect in the ballroom, the P.A., and amplifier sound to cue pitch. An occasional missed note, especially in the vocal harmonies, was the result. Still, the miscues don't hinder the production of an overall classic performance by the Holding Company.[3] Despite its imperfections, this style of recording features a distinct uncut sound that captures the true live experience of the performance. Stanley also insisted that no applause be dubbed into the recording.[7]

As for the Holding Company's performance, Janis Joplin's lead vocals are dominant. Sam Andrew also ventured beyond his lead guitar role as an occasional co-lead vocalist and backing vocalist. The Holding Company's heavily psychedelic instrumentals jell superbly with Joplin's commanding vocals, making standouts like 'I Need a Man to Love' and 'Ball and Chain' all the more stellar.[3] Joplin establishes an emotional integrity in her performance. This concert is a prime example of the Holding Company at the climax of their live appearances in San Francisco. Apart from the band's usual repertoire are two rarities, 'Jam - I'm Mad' and 'It's A Deal,' that had not yet been released.[6] There is minimal stage banter, but what little there is noteworthy. After the eighth track, 'Call on Me,' it is announced to Hells Angels bikers Tiny and Tim that their motorcycles would be towed if they were not promptly moved out of the parking lot.[2]

Live at the Carousel 1968 was released on March 12, 2012 to compact disc on the Columbia/Legacy label. Subsequent releases were included on vinyl and, another LP release included a bonus track, 'Call On Me'. This version of the song was performed from the Holding Company's concert in the same venue on June 22, 1968.[8]

San Francisco rock analyst Joel Selvin noted the live album as an influential piece in the overall 'social/musical laboratory experiment akin to inmates running asylums, whose six-month run may well have corresponded with the height of the whole sixties Haight-Ashbury/San Francisco thing...'. He goes on to state the recording is a pivotal part in Stanley's long and innovative sound engineering career.[9]

In the liner notes, Stanley advises listeners on how to listen for the best experience: increase the volume and place one speaker on each side of yourself. Stanley also states that 'I believe that this will be hailed as a definitive Big Brother live album...'.[10] Liner note writer Jaan Uhelszki explains, 'These 14 songs are a testament to what a force of nature Janis Joplin and the Big Brother and the Holding Company was during these two nights at the Carousel Ballroom'.[11] Stanley's widow also expressed how the album preserved the production values Stanley held so dear: 'This is Bear's vision -- how he heard the band live, and how he wanted to transmit it to you...'.[12]

Big Brother And The Holding Company The Lost Tapes Dvd